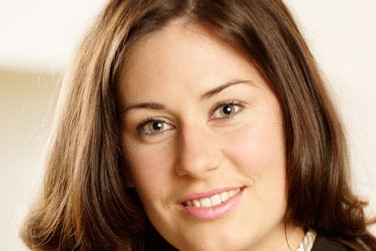 Periocular triamcinolone vs intravitreal implants for the treatment of uveitic macular oedema: the POINT trial. Ophthalmology 2019;126(2):283-295.

Limitations: Follow up extended out to 24 weeks, but a longer period would be useful to examine cataract formation following intravitreal compared to periocular treatment. It is also unknown to what extent these results may be generalised to the treatment of other macular oedema, for example, following cataract surgery.

Comment: This study shows an advantage in intravitreal therapy for the management of uveitic macular oedema with greater improvement in macular thickness and visual acuity. Contrary to expectation, no difference in intraocular pressure rise was observed between intravitreal triamcinolone and the dexamethasone implant.

Effect of corticosteroid-sparing treatment with mycophenolate mofetil vs methotrexate on inflammation in patients with uveitis: a randomised clinical trial. JAMA 2019;322(10):936-945.

Design: 216 adult patients with non infectious uveitis randomised to mycophenolate mofetil or methotrexate as their first line corticosteroid sparing drug. The primary outcome measure was treatment success at six months, which was defined as control of inflammation in both eyes, ≤ 7.5mg prednisone daily and ≤ 2 drops prednisolone acetate 1% daily.

Limitations: Non infectious uveitis is a heterogenous group of disorders and different clinical entities may behave differently to treatment. The numbers in this study only allowed for limited sub-group analyses and more numbers would be required to look in more depth, in particular, to determine if mycophenolate is the preferred treatment for intermediate uveitis.

Comment: Prior to this study, many uveitis specialists were favouring mycophenolate for posterior uveitis, panuveitis and intermediate uveitis, despite its much higher cost. This study found that mycophenolate did not result in superior control of inflammation compared to methotrexate. Treatment success was higher in those treated with methotrexate, although the result did not reach statistical significance.

Timing of povidone-iodine application to reduce the risk of endophthalmitis after intravitreal injections. Ophthalmology Retina 2018;2(7):654-658.

Outcome: 33 cases of presumed infectious endophthalmitis occurred (0.088% [1 in 1140]). Reapplication of povidone-iodine at the site of injection following speculum insertion was associated with a significantly reduced incidence of endophthalmitis (0.017% OR 0.113 p=0.004). Use of gloves or caliper to mark injection site and class of medication were not found to be statistically significant risk factors for endophthalmitis development.

Limitations: This is a retrospective study of a rare disease and only 33 cases on endophthalmitis occurred during the study period.

Comment: Endophthalmitis is a rare but potentially devastating complication of intravitreal injection. As we continue to strive for excellence, we are searching for ways to further reduce rates of infection. During speculum insertion, organisms may be shed from the lid onto the ocular surface. Reapplication of povidone-iodine appears to reduce endophthalmitis rates following intravitreal injection. Within Greenlane Clinical Centre this practice has been adopted as part of our standard of care.

Dr Rachael Niederer completed her fellowship training in uveitis at Moorfields Eye Hospital with Professor Sue Lightman and has been the recipient of several awards, including the Howsam medal for Excellence in Ophthalmology, the Vice Chancellor Best Doctoral Thesis Award and the Sir William McKenzie Prize in Ophthalmology. She now works at Greenlane Hospital, Auckand, as a uveitis specialist and is a senior lecturer in ophthalmology with the University of Auckland.