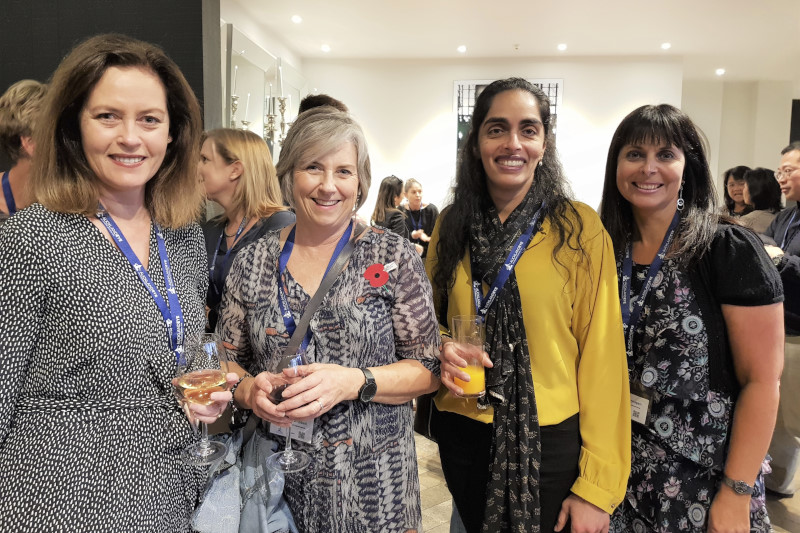 Dr Papchenko recently returned to Auckland after completing his training in oculoplastic surgery and neuro-ophthalmology in the UK. He’s no stranger to Auckland, however, having graduated from Auckland University’s medical school in 2002, where he then continued his research into glaucoma and the optic nerve before heading off to the UK. He returned to be a consultant with Greenlane Clinical Centre earlier this year before joining Auckland Eye shortly after.

When asked what it was like to now be in private practice, he responded, “It is the same work and the same patients, but the difference is, it’s like being part of a big family and joining a small family.” Many of his colleagues at Auckland Eye were his tutors and mentors during his training, so he said he enjoys the collegiality and that, sometimes, they even ask his advice now!

Dr Papchenko presented on disc drusen and the use of optical coherence tomography (OCT) in differentiating funny looking discs from papilloedema. This is of particular importance in children, he noted, where the drusen become more obvious around 12 years of age and, while the most common finding is visual field defects, retinal vascular occlusions can also occur. Since both buried drusen and papilloedema may appear as elevated discs with blurred margins, one important differentiation is the retinal vasculature is often different in disc drusen, with more blood vessels coming out of the disc and more branching. The absence of this sign is not conclusive, however, only indicative. Calcified disc drusen appear as round, optically-empty spaces (hyporeflective) with discrete boundaries. while uncalcified drusen appear as hyperreflective masses.

What do cataracts and glaucoma have in common? Both increase in prevalence with age. Why that’s important was discussed by Dr Stephen Best, stressing that treatment, whether surgical or pharmaceutical, must be carefully individualised, particularly with respect to timing, and cataract is a lower priority than managing glaucoma. Though your patient’s perception of priorities may be more challenging particularly with primary open angle glaucoma.

Perceived value is not only an issue with patient management but also with funding, as Pharmac does not currently fund a non-preserved, single-use prostaglandin analogue for daily usage. While developments in minimally invasive glaucoma surgery (MIGS) have added some very viable options which can be used in combination with cataract surgery. The greatest barrier, however, is the high cost which becomes hard to justify in patients who are well controlled medically, he said.

Dr Philip Polkinghorne regaled us with an amusing presentation about his 30 years of failure to re-attach retinal detachments, obviously tongue-firmly-in-cheek as his reputation for success in this area is well recognised.

Of the five or six retinal detachments per week in Auckland, one third are myopes, one third post-cataract surgery and one third with origins unknown. In the group of post-cataract detachments, 75% occur within 12 months of surgery and 90% occur within 10 years of surgery. The overall risk is 1%, but the risk reduces with age. So, with those statistics, it seems it might pay to hang on to your cataracts for as long as possible to reduce the risk of subsequent retinal detachment or increase the risk of dying before a detachment, whichever comes first!

Weighing up the options

In his closing comments at the end of the evening, Dr Corbett raised the cost and dilemma of having many options in procedures and technology available.

“The question of economics should not be dismissed,” he stated. “Patients need to be given options or we are doing them a disservice. We cannot make decisions for patients as to how they spend their money.”

Naomi Meltzer is an Auckland-based optometrist, specialising in low vision consultation and support.