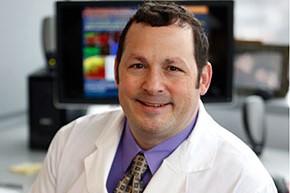 A new US study has revealed how the optic nerves share metabolic energy between our eyes, supporting each other when one nerve is damaged, potentially offering a new approach to the treatment of neurodegenerative diseases like glaucoma and Alzheimer’s.

"This is the first demonstration of metabolic resources being shared between the two eyes and optic nerves," said Professor David Calkins, director of the Vanderbilt Vision Research Centre at the Vanderbilt University Medical Centre. However, in doing so, the undamaged optic nerve becomes vulnerable to further metabolic stress, which could explain why the neurodegeneration observed in glaucoma and other diseases spreads between brain regions, he said.

To counter this, Prof Calkins and his team suggested a new approach for treating neurodegenerative diseases, that ‘beefs up’ the neurons’ metabolic resources.

To understand how the metabolic energy is transferred, the researchers examined the central role of astrocytes, the star-shaped glial cells storing glycogen and releasing it as glucose, providing the fuel neurons need to function.

Using positron emission tomography (PET) imaging to map the metabolic cell activity in different tissues, the researchers then demonstrated that when one optic nerve was stressed by a rise in intraocular pressure, metabolites including glycogen were transferred from the healthy optic nerve via a crossover point in the brain.

"The energy is transferred up one optic nerve, across the optic chiasm (an X-shaped structure formed by the crossing of the optic nerves) in the brain and back down to the other eye, which is a tremendous distance for metabolites to travel," said Prof Calkins.

While the researchers were unsure about exactly how the exchange is done, they did know it was dependent on a protein called connexin 43 (Cx43), which makes up the gap junctions in astrocytes. These then, in turn, connect adjacent cells via intracellular channels, permitting the exchange of small molecules.

So when the researchers genetically ‘knocked out’ the Cx43 in a mouse trial, this led to no exchange occurring. "This implies that a way to slow neurodegeneration generally, would be to boost metabolic resources in the brain," said Prof Calkins. "One way that can be done is by targeting astrocytes to re-programme them to create and store more metabolites to share with neurons… What I'm trying to do now, through gene therapy, is to re-programme astrocytes by using viruses to insert genes into their DNA."

The full study was published in Proceedings of the National Academy of Sciences.