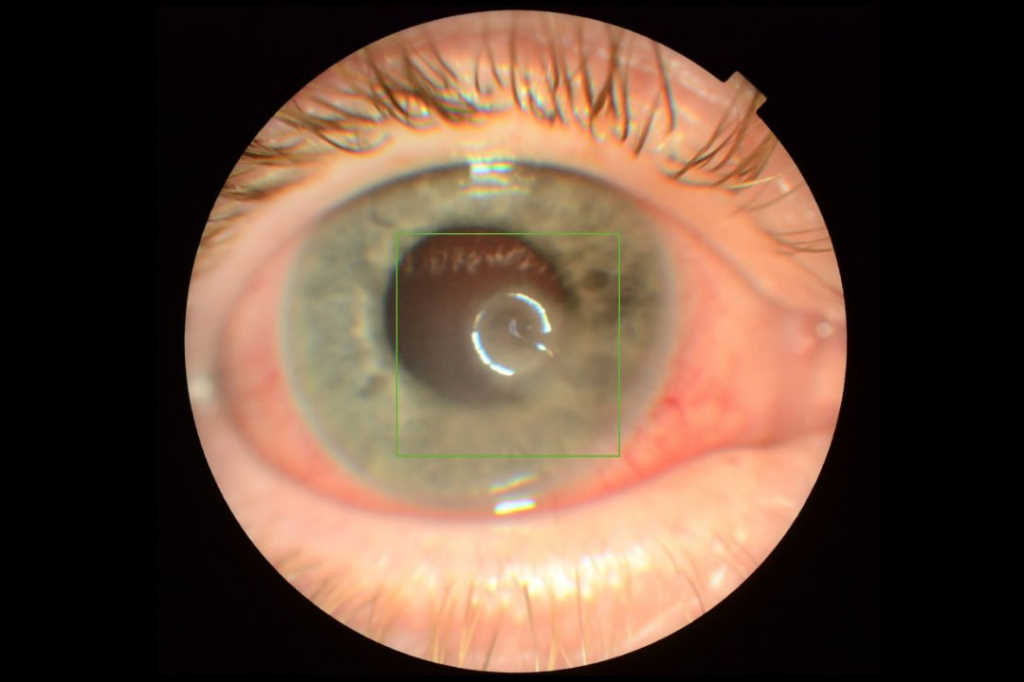 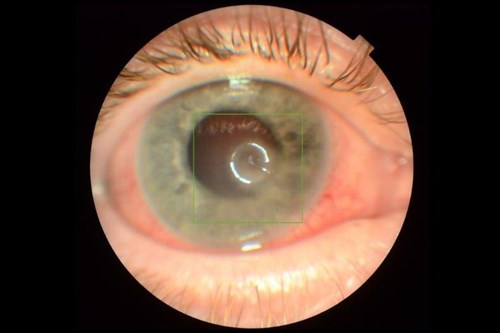 The second case involved a 60-year-old Caucasian lady presenting with left eye pain and blurred vision after being hit by a stone from a line trimmer operated by another person. BCVA was 6/5 right eye, 6/6 left and slit-lamp exam showed a partial thickness corneal laceration, debris under the corneal flap and macrohyphaema, but no corneal infiltrate. Primary corneal repair was performed and neomycin-polymyxin B-dexamethasone drops were started.

Two weeks later, she returned with increasing pain and visual loss. Examination demonstrated a new corneal epithelial defect, infiltrate and hypopyon (Fig 2). A corneal scrape showed hyphae and the culture grew scanty fungus and Nocardia nova complex. Acanthamoeba PCR was negative. Despite intensive topical and oral treatment with antibiotics and antifungals, no progress was noted. Tectonic penetrating keratoplasty was performed but graft failure ensued, with phthisis and subsequent enucleation of that eye one year later. 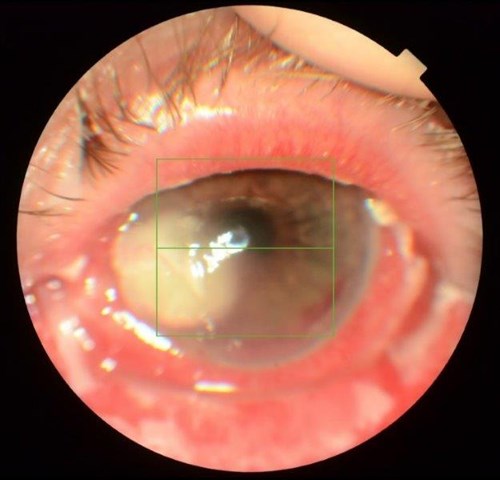 There is particular evidence that patients with Nocardia keratitis who received topical corticosteroids fared worse than those who did not⁴’⁵. Care must be taken to rule out or identify an infective cause. The judicious use topical corticosteroids in such cases, needs to be given under the close observation of an eye specialist following a period of stability and/or improvement with appropriate antibiotic and/or antifungal cover.

We thank the patients for their consent to publish this case report.

Dr Kelvin Ngan is a non-training ophthalmology registrar with Nelson Marlborough District Health Board serving Nelson and Wairau Hospitals, with prior ophthalmic experience in Wellington and Hawkes Bay.

Dr Sacha Moore is a consultant ophthalmologist with the Nelson Marlborough District Health Board, specialising in cornea and anterior segment surgery.