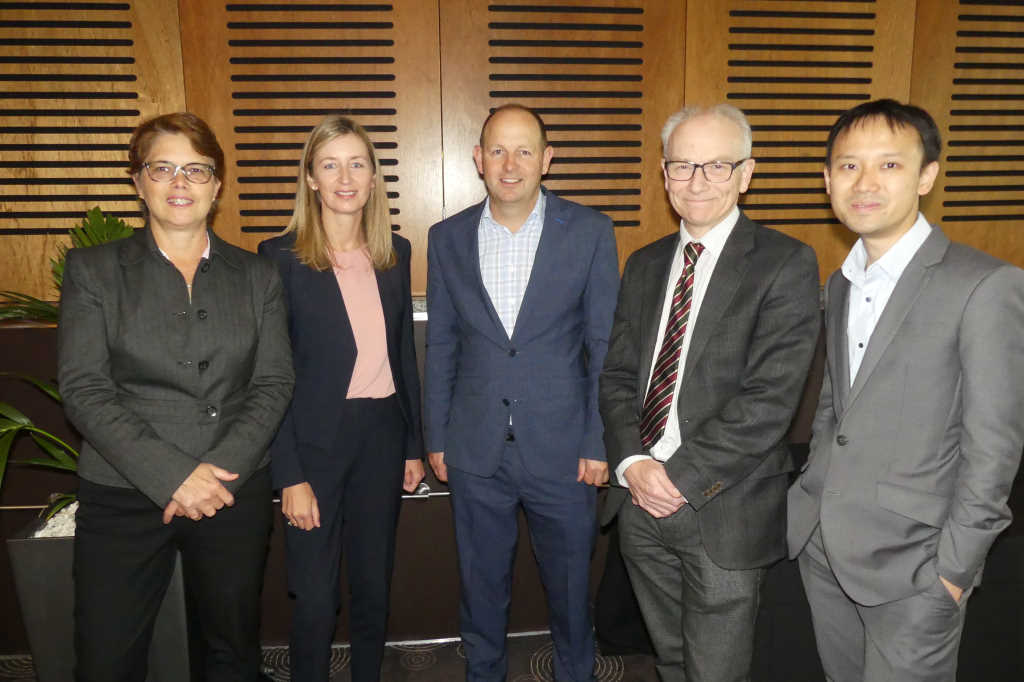 Dr Penny McAllum welcomed guests before questioning, ‘Are generic eyedrops the same as branded ones?’ In reaching the conclusion that, in short, ‘probably’, Dr McAllum outlined benefits, differences and issues pertaining to generic versus branded eye drops. She urged optometrists to remind patients of the ‘very high safety and testing standards’ that exist here in New Zealand, which surpass those offered in the USA and Australia, while urging optometrists to report any efficacy or side effect concerns to the Centre for Adverse Reactions Monitoring (CARM).

During the Q & A that followed, discussions around incorrect prescribing and dispensing ensued, with Richard Johnson sharing an anecdote of a Scottish woman who needed hospital earlier this year after she was mistakenly given erectile dysfunction cream Vitaros for dry eye, when she should have been given Vitapos.

The audience was introduced to Dr Joel Yap, newly-appointed locum ophthalmologist with Eye Doctors and vitreo-retinal (VR) specialist who works with both Auckland and Counties Manukau District Health Boards. Malaysian-born University of Otago graduate Dr Yap recently completed his fellowship in Toronto, where he gained experience in pneumatic retinopexy (PR), a procedure he explained is a commonplace alternative to vitrectomy for repairing retinal detachments there. His video and slide presentation illustrated the technique, which involved pure gas injection into the vitreous cavity, followed by the use of an indirect laser or preceding cryotherapy.

Providing an insight into his career, which has seen him work in Waikato, Napier and Auckland prior to his time in Canada, led Dr Yap onto sharing his love of basketball, piano playing and his young family.

Dr Andrew Riley’s presentation on epiretinal membrane (ERM) referred to the Blue Mountains Eye Study, in which ERM was evident in 34% of a population averaging 74 years old. Tracking showed ERM progressed in 29% of patients, regressed in 26% and 39% experienced no change, after a five-year follow-up.

Paediatric ophthalmology was the study of Dr Julia Escardo-Paton’s clinically-focused presentation entitled, Screening for ophthalmic manifestations of systemic disease in children. Dr Escardo-Paton discussed common referrals, providing in-depth analysis of several conditions including neurofibromatosis type 1 – a phakomatosis affecting the skin, eye, nervous system and other organs presenting in 1:300-4,000 worldwide as a mutation in NF1 tumour suppressor gene. Detailing signs and symptoms such as café-au-lait spots on the skin and lisch nodules on the eyes, Dr Escardo-Paton gave recommendations for screening, diagnosis and treatment of this and the rare type 2 form, found in 1:33,000 people.

Rare congenital disease Sturge Weber syndrome, affecting 1 in 20,000-50,000, presents an abnormality in blood vessels, port wine stain, seizures and ADHD, Dr Escardo-Paton explained. Ophthalmic manifestations include up to a 70% risk of glaucoma, 71% risk of choroidal haemangiomas, cataracts/lens subluxation, heterochromia and more. “Glaucoma with diffuse choroidal haemangioma is challenging to treat and can lead to devastating complication,” she said.

Dr Esacrdo-Paton rounded off with a discussion on tuberous sclerosis, a mutation in hamartin or tuberin genes, which affects 1:6,000 people and results in optic nerve hamartomas, cataracts, iris abnormalities, giant cell astrocytoma of the optic nerve or retina and ocular hamartomas. The latter are present in up to 50% of cases, with most remaining stable and rarely calcifying or leading to loss of vision. She said mental retardation due to cortical tubers occurs in up to 60% of patients.

Interspersed discussions over drinks and canapes ensured the final Eye Doctors’ Grand Round of 2019 was as enjoyable as it was informative.