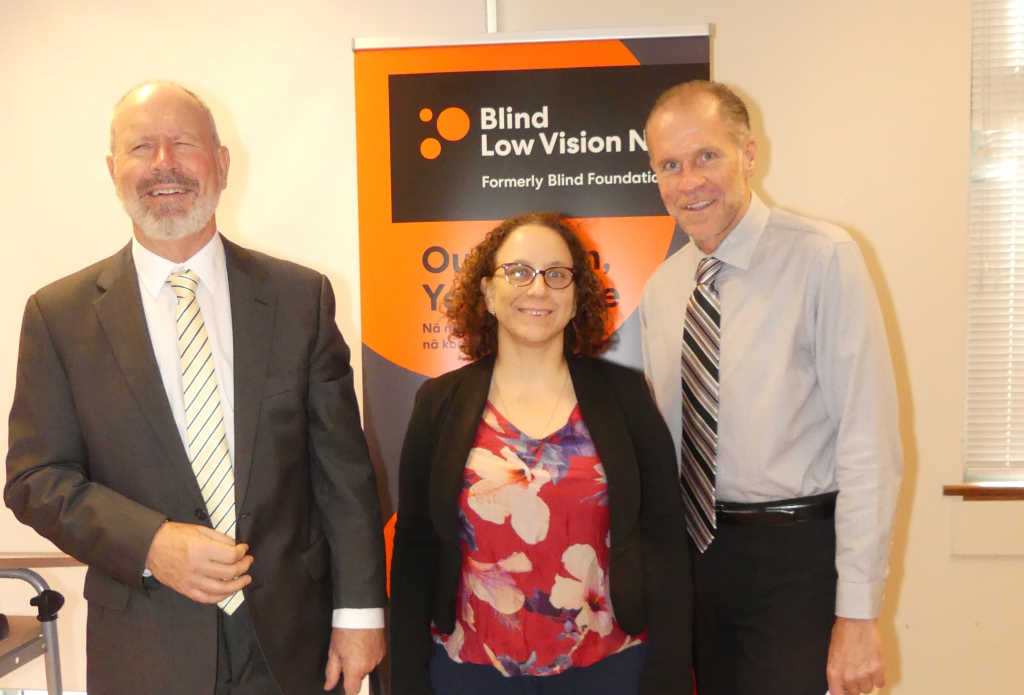 Blind and Low Vision New Zealand’s (BLVNZ’s) new strategic plan puts low vision New Zealanders’ choices at the heart of its services while, for the first time, promising to do more to help people retain their sight.

The plan was put together following Mulka’s appointment and the organisation’s name change from the Blind Foundation to BLVNZ to reflect its work with low vision as well as blind people, both around July last year. It was developed after assessing feedback from thousands of stakeholders, including members, volunteers, staff and partner organisations, said Hoskin.

“This is a really exciting day for our organisation, tomorrow starts the dawn of a new era for BLVNZ,” Mulka told the audience.

Central to the plan is BLVNZ’s new mission to, “Empower New Zealanders who are blind, deafblind or low vision to live the life they choose”. To achieve this, BLVNZ has identified four key priorities:

The new strategy puts the low vision person front and centre in everything BLVNZ offers, said Mulka. “The feedback we got from the consultation was that people wanted more choices, more opportunities. That’s the difference… we are going to design services that meet their needs as identified by them versus previously providing what we thought was an appropriate service for their needs.”

“We are still the Royal New Zealand Foundation of the Blind and we always will be… but we are definitely a different organisation today than we were a year ago and we have to be; society is changing… and we have to find ways to use today’s technologies to meet our needs.”

Mulka said he’s also very keen for BLVNZ to start taking a more preventative stance rather than just being there to support those who have already developed vision problems. Ideally this will be done in partnership with the other eye health organisations through Eye Health Aotearoa, launched at The Beehive in February, he said. “We have got to start with different communities; we have got to start having these conversations… we have to invest some money in awareness campaigns.”

He said he was thrilled the government had finally started to support primary health in the eye care sector in New Zealand, with its announcement in May’s budget committing to an annual eye health check for all Supergold card holders, but he’d like to see that extended to everyone in New Zealand.

“We don’t know what we don’t know. Somebody could have the early onset of some degenerative eye disease which by having an eye check could be prevented or halted. I’ve met so many people who said, ‘if only I’d known sooner…’. I would love nothing better than everyone one in this country to know what an Amsler grid is when we’ve done this plan in four years’ time!”