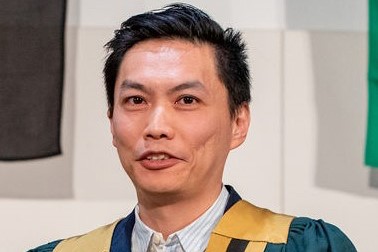 Dr Cheefoong Chong presents findings from the latest research in the field of paediatric ophthalmology.

Design: This single centre, single surgeon randomised control clinical trial aimed to evaluate complications and visual outcomes of primary intraocular lens (IOL) implantation vs. aphakia in children under the age of two undergoing bilateral congenital cataract surgery with up to five year follow-up.
A total of 120 consecutive eyes of 60 children who had bilateral congenital cataract surgery between March 2009 and February 2011 were included.
Post-operative follow-up visits were at one day, one week, one month, then every three months for the first year and subsequently every six months until five years post-operatively.
There were 30 children randomised to each group (primary IOL vs. aphakia) and only the first operated eye of each patient was used for statistical analysis.

Limitation: Narrow generalisability: only children with bilateral congenital cataracts, operated on before age of two. Single surgeon with extensive experience in high volume cataract and paediatric cataract surgery, which may not be easily reproducible.Significance: In an area where there is no little consensus whether to have primary IOL implantation following bilateral congenital cataract surgery, this study offers a different perspective to the Infant Aphakia Treatment Study (IATS).
Both aphakic and pseudophakic groups have similar rates of serious post-operative complications and both groups have comparable final visual acuity outcomes despite a trend of earlier visual rehabilitation achieved in the pseudophakic group.

A randomised clinical trial of immediate versus delayed glasses for moderate hyperopia in one and two year-olds. Paediatric Eye Disease Investigator Group

Design: Prospective randomised control trial aimed to compare visual acuity (VA) and stereoacuity outcomes, and rates of development of manifest strabismus after a three-year follow-up period in one and two year-olds with moderate hyperopia (spherical equivalent +3.00D to +6.00D) who were prescribed immediate glasses and observation without glasses unless reduced (VA), reduced stereoacuity, or manifest strabismus present at one of the six-monthly follow up visits.
130 children were randomly assigned to glasses group (n=65) or to the observation group (n=65).
Primary outcome was failure at three years after randomisation, defined as “doing harm to” VA, stereoacuity, or ocular alignment, evidence by reduced VA, reduced stereoacuity or manifest strabismus that was not immediately reversed by hyperopic correction.Outcome: In total, 53 children from each group completed the study.Primary Outcome (p=0.14):• 11/53 in the glasses arm met
failure criteria• 18/53 in the observation arm met failure criteria

• 62% in the observation group deteriorated compared with 34%
in the glasses group.

Limitation: The main limitation was slow recruitment, resulting in closure of enrolment before the planned sample size was reached.
Dynamic retinoscopy was not performed universally in all children, which may help determine a sub-group of children whom early glasses may be more beneficial.

Outcome: Prevalence of childhood blindness and low vision in New Zealand was calculated at 0.05% and 0.06%, respectively. The three main causes of blindness affecting New Zealand children are: Cortical visual impairment (31.5%), optic nerve atrophy (16.5%) and optic nerve hypoplasia (9.0%). Up to 35% of causes of childhood visual impairment may have a preventable cause, with neonatal trauma/asphyxia (31.5%), retinopathy of prematurity (18.2%) and non-accidental injury (10.3%) being the three main causes.

Limitation: Data collection method used in this study only included one main cause of visual impairment per child, which may render the study disproportionally weighted. As with all blind school studies, this study only captures children registered with BLENNZ, and may under-report the true prevalence of blind children in New Zealand.

Significance: This report on epidemiology of childhood blindness offers a snapshot of its impact in New Zealand, as well as identifying the causes of visual impairment and its potential prevention.