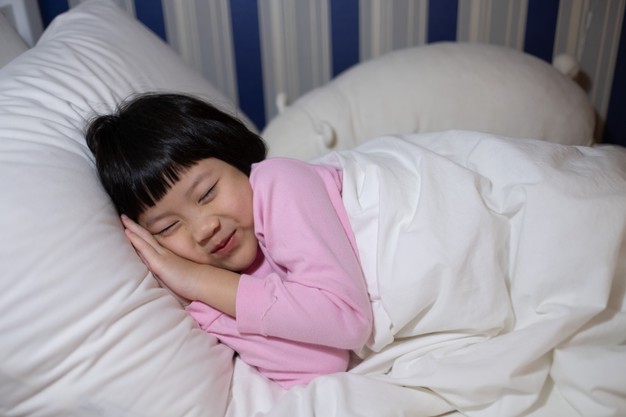 Children who go to sleep late are more susceptible to both myopia onset and progression, a new study has found.

“Sleeping late and waking up late, along with known risk factors, namely urban living environment, older age, family history of myopia and less outdoor time were found to be significantly associated with newly developed myopia over 24 months,” wrote study authors from the Brien Holden Vision Institute (BHVI), the Shanghai Eye Disease Prevention and Treatment Centre and the School of Optometry and Vision Science at the University of New South Wales.

A total of 6295 children (2949 girls), aged between six and nine years at baseline, from 24 schools across eight districts in Shanghai, China, were enrolled in the two-year prospective trial. Demographics and behavioural data were collected from digital questionnaires answered by parents, while refractive error was determined by cycloplegic auto-refraction at baseline, annually and at 24 months follow up.

Late bedtime was identified as a consistent risk factor associated with higher prevalence of myopia at baseline (6.77%), a higher incidence of myopia over two years (21.92%) and greater progression of refractive error over two years (on average 0.16D greater in children who went to bed after 9.30pm compared to before 9pm, with progression increasing with later bedtimes), according to the findings. The researchers didn’t find any relationship between sleep duration and myopia.

As the underlying mechanisms of the complex relationship between circadian rhythms and myopia development remain unclear, authors suggested further research was required to determine whether sleeping late makes children more prone to near activities under poor lighting conditions when they are supposed to be sleeping, or more susceptible to abnormal eye growth due to circadian disturbance.

The Shanghai time outside to reduce myopia trial was published by Nature.