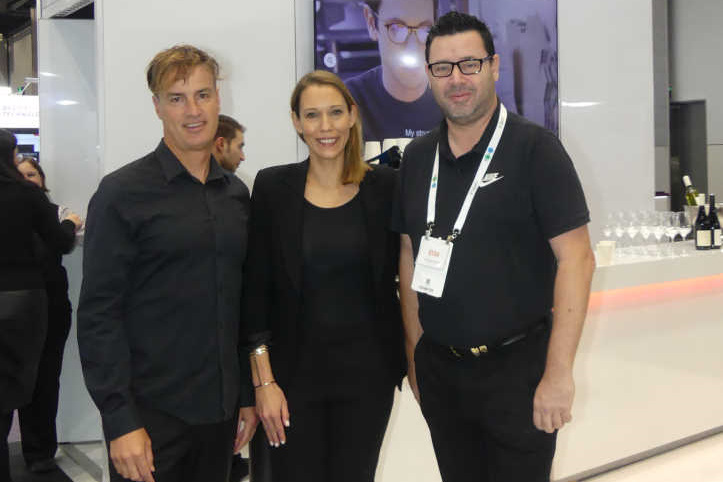 VSP’s airy, bright and large central O=Mega19 stand was designed as an open booth to encourage visitors to move through to view as many of the latest designs from Marchon Eyewear’s 28 licensed brands as possible.

The stand was busy with buyers throughout the three-days of the fair, as many customers had pre-booked meeting times to ensure they had time to view and purchase new stock for their practices.

All of the group’s new releases were out on display, providing a stunning, kaleidoscope of choice, especially from some of VSP’s best known brands: Nike’s more streetwear range; Chloé, with its stunning Willow sunglasses; Calvin Klein’s more fashion-forward release; Lacoste, showcasing its new, refined Paris collection; and Longchamps.

“Longchamps has been a great success, tripling sales growth in the last year,” said Maren Carson, VSP’s head of marketing. “Chloé’s Willow has also had a lot of interest. A lot of Chloé frames that have been successful have been metal, but now it’s moving more into acetates again. So, we’re seeing that come back.”

Other brands attracting particular interest at the fair included Kendall & Kylie, which is proving popular with practices wishing to attract a younger clientele, and Salvatore Ferragamo, whose new range is aimed at younger consumers, compared with its more traditional followers. “Ferragamo has a really strong, timeless men’s collection; frames that you can picture Brad Pitt or George Clooney wearing,” said Carson. “The brand is becoming more directional, while still keeping to a very elegant look, both for men and women.”

Dominating one wall of the VSP stand was Marchon’s latest signing, Victoria Beckham’s new eyewear range, which was attracting a lot of interest given it’s so new to the market. “This is the biggest news for us. Marchon got the licence for Victoria Beckham at the end of last year, as she needed a global partner to take it to the next level, and everyone was keen to have it,” said Carson. “Her eyewear range is very much in line with her apparel, it’s very fashion forward, very simple, but very flattering to wear, and every piece has something unique about it. She has some great quotes too, one is, ‘a great pair of sunglasses and a great pair of heels can solve any outfit!’”

On another part of the stand and picking up the O=Mega19 inaugural award for lens coatings was VSP Optics’ newly launched SunSync Elite lens, which is said to be the fastest deactivating photochromic lens in today’s market.

Also setting it apart, was the lens’ in-car colour retention, making Sunsync the darkest, clearest and fastest photochromic in the category, said VSP’s Alice Smith. “It’s a revolutionary new light-reactive lens, up to 10 faster than other brands on the market and, as well as having really fast activation and deactivation times, it also has blue-light filtration and longer performance, so the lifespan of the lens is longer.”