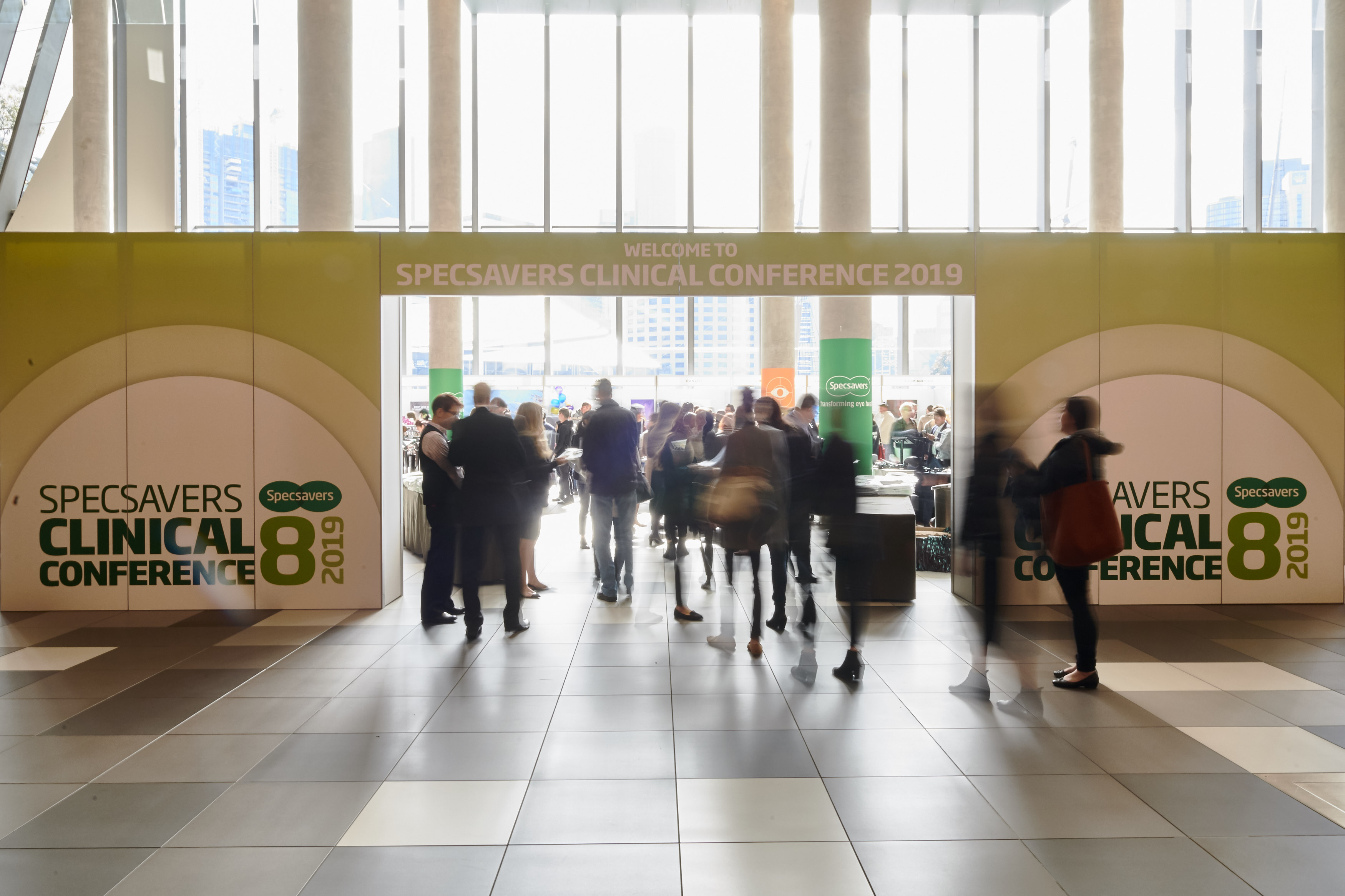 More than 750 attendees, including many non-Specsavers optometrists, listened to 15 speakers over two days as they discussed diagnosis best practice and pitfalls, the positives and limitations of optical coherence tomography (OCT), the latest treatment alternatives and when you absolutely should refer your patient to an ophthalmologist.

Since rolling out OCTs to every Specsavers practice across Australasia over the past two years, glaucoma referrals have increased exponentially. For the first time since the Blue Mountain Study estimated more than 50% of glaucoma sufferers were undiagnosed, referral percentages throughout Specsavers network now mirror what’s expected, with 44,000 glaucoma referrals over the past 12 months, relating to 1.3% of Specsavers’ Australasian patient population.

These numbers make Specsavers an “epidemiology juggernaut,” said Dr Dru Daniels from Western Australia before launching into his presentation about glaucoma diagnosis and management.

Key to making a successful diagnosis is assessing three things: intraocular pressure patterns; the optic nerve head, for which you must dilate the eye; and repeated visual field tests, using the same assessment technology each time. In general, age is key and late presenters do badly, so early diagnosis is important, he said.

Given the plethora of treatment options now available, the best management options are tailored to the patient’s history, lifestyle, age and other personal factors, and compliance behaviour.

The average age of patients approaching Glaucoma Australia for help 18 months ago was 80 to 89. Today it’s between 60 and 69, she said. Specsavers, through the Oculo platform, now accounts for 60% of the charity’s referrals, enabling it to help and support more patients with drop compliance and other concerns than ever before.

The final SCC8 glaucoma speaker was Dr Tu Tran from Melbourne who showed how she used OCT and a Humphrey visual field analyser to diagnose glaucoma, and some of the tricks and pitfalls of using both. Whatever systems you use, you must stick with one test strategy and the same technology so you can compare results and identify progression, she said.

She also shared the results of the pilot Ophthalmologist Local Education and Engagement Program (OLEEP), introduced into Southeast Melbourne to improve glaucoma patient referrals and care in the community. The programme includes face-to-face, small group CPD workshops for optometrists with local ophthalmologists. In the two-stage pilot project, total referrals increased from 4.5% of patients to 5.8%, with glaucoma referrals rising from 1.1% to 1.4%.

Specsavers’ Peter Larsen proudly outlined the company’s role as a founding shareholder in Australia’s new KeepSight diabetic eye disease screening initiative (see side story). In the past year, Specsavers stores have made 11,000 diabetic referrals, with 28% of diabetic patients now being monitored, compared with just 2% at the start of the year, making Specsavers the largest provider of diabetic eye care in Australia, he said.

Key to bringing about KeepSight was the success of the UK’s diabetic retinopathy screening system, the key originator of which was SCC8’s special guest speaker, Professor Peter Scanlon, who shared how the English NHS Diabetic Eye Screening Programme came about and what it’s achieved. The UK screening programme started in 2003 and took five years to spread across the entire population of England. Since then, annual uptake is more than 83%, resulting in diabetic eye disease no longer being the leading cause of certifiable blindness in England’s working age population.

Both case-based, the presentations focused on the problems of diagnosis and how, especially when it comes to uveitis, these mistakes can cost a young person their sight.

Dr Catt, a Sydney-based paediatric ophthalmologist and researcher, shared several case studies, some with novel causes of common problems and all demonstrating diagnostic dilemmas. The first tackled an uncommon cause of sudden onset esotropia, with characteristic clinical signs. This turned out to have been caused by a dog bite three months earlier which damaged the young patient’s left trochlear nerve, resulting in superior oblique muscle palsy, and requiring surgery to fix.

Two other cases tackled non-organic vision loss, defined as: ‘a subconscious internal conflict which becomes converted into a symptom… visual loss due to unconscious problems or mental disturbance outside their awareness.’ Dr Catt stressed that even though the condition is psychological - caused by stress factors, such as family issues or bullying - patients must be handled carefully as their symptoms are real and their manifestation subconscious.

Once everything else is ruled out and non-organic vision loss is identified as a likely diagnosis (and it can manifest alongside ‘real’ conditions), it’s important to help parents identify the underlying stressor and reassure the patient about “their excellent prognosis”, perhaps even suggesting a time limit for recovery.

Other cases tackled blepharokeratoconjunctivitis, which is often misdiagnosed and presents late, and spasm of accommodation, another uncommon cause of sudden onset esotropia.

Uveitis, on the other hand, accounts for less than 1% of ophthalmic presentations, said A/Prof Lim, but 15% of legal blindness cases, especially in younger people. Acute uveitis presents typically with aching and photophobia, but chronic may have no symptoms at all. Posterior uveitis, resulting in inflammation that predominately affects the retina or choroid, is the most visually disabling.

“The most important thing for uveitis is to take a thorough history and do a thorough examination,” said A/Prof Lim, using dilation and your indirect ophthalmoscope. “It must be picked up early if we’re to save their sight.”

Refer all first presentations, all cases of scleritis, all cases that are more than anterior uveitis and any patients with complications, such as raised IOP, associated corneal pathology and extensive posterior synechiae, or with decreased vision.

If your patient has a SE of more than -3.0, their risk of a rhegmatogenous retinal detachment (RRD) is 10-fold. This jumps to 20-fold with a posterior capsule tear and 12-fold with zonule dehiscence following cataract surgery. Horseshoe tears have the highest risk of acute detachment, said Dr Rudkin, while atrophic holes may need treatment, but typically this isn’t urgent.

Other urgent referrals include recent macula-off retinal detachments, undifferentiated vitreous and submacular haemorrhages, and other forms of retinitis or chorioretinitis.

Associate Professor Colin Chan then brought some welcome humour to the stage with his talk on, How to keep your patients out of the hands of laser eye surgeons like me.

Most of his patients who opt for laser eye surgery do so because they are unhappy with their glasses or contact lenses, he said, but there are many who aren’t really suitable for surgery, including those with forme fruste keratoconus, dry eye disease, blepharitis, epithelial basement membrane dystrophy (EBMD), contact lens infiltrative keratitis or giant papillary conjunctivitis (GPC) and some personality characteristics.

“It’s important to have a discussion with your patient about dry eye,” he said, especially as LASIK tends to exacerbate the problem.

For presbyopes, a monovision contact lens trial is a useful tool as it will demonstrate the patient’s suitability for refractive surgery and the treatment options, added A/Prof Chan.

Queensland ophthalmologist Dr Lindsay McGrath provided a very practical, though somewhat depressing, talk on diagnosing and treating ocular and periocular tumours, and decoding the “alphabet soup” of abbreviations used in the field.

The most common intraocular malignancy in adults, especially Caucasians, is choroidal melanoma. Up to 50% of patients will develop metastases, with most spreading via the blood to the liver (90%) and lungs. The median survival once the melanoma metastasises is two to five months, with 10-15% surviving to one year.

It’s important to be able to differentiate between choroidal melanoma and benign uveal naevi, which arise from melanocytes derived from the neural crest, said Dr McGrath. Approximately 20% of people over 50 years old will have at least one choroidal naevus. To tell if its choroidal melanoma, use the mnemonic SPOTS: symptoms (flashes, floaters, shimmers); proximity to optic nerve (< 3mm); orange pigment (lipofuscin); thickness (> 2mm); and subretinal fluid.

The gathering point for networking and discussion throughout the conference was the SCC8 exhibition area, with a total of 25 exhibitors and an array of hot drink options.

A major highlight was Saturday evening’s welcome function, held at Melbourne’s National Gallery of Victoria. After a day of clinical talks, the relaxed evening allowed for some well-earned mingling over a tasty selection of canapés and platters, generous drinks and some very impressive live jazz tones from the Indigo Mood Jazz Band and Phoebe Day.

SCC9 will be held at the Brisbane Convention and Exhibition Centre on 12-13 September 2020.

Test yourself with some of the SCC8 post-talk quiz questions:

Q1. Which of the following presents the highest risk of progressing to a retinal detachment?

Q2. Which of the following should be triaged as the most urgent?

Q3. The most common mimicker of glaucoma is?

Q4. Which of the following DOES NOT help differentiate between a choroidal naevus and melanoma? 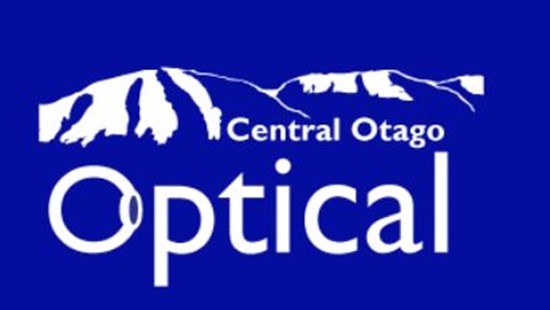