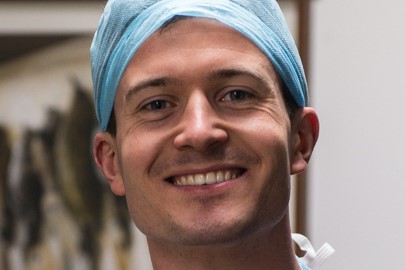 Eye drops remain the dominant treatment for glaucoma and continue to have patient appeal despite innovations in laser and surgery. The glaucoma drops available in New Zealand are either prostaglandin analogues, to increase unconventional uveoscleral outflow, or those that reduce aqueous production. Pilocarpine increases conventional trabecular outflow but is seldom a tolerable long-term option for chronic glaucoma care. Better medications to increase trabecular outflow are being sought because they should reduce fluctuations in intraocular pressure (IOP), and these fluctuations appear to be a risk factor for glaucoma progression.

Selective laser trabeculoplasty (SLT) improves trabecular outflow. As an initial treatment, SLT is cost effective, controlling glaucoma without eye drops in a substantial majority, with marginal improvements in quality of life¹,². But SLT doesn’t work for everyone and it wears off without warning, thus drops remain the main treatment for many patients.

In recent years two new medications have been approved for clinical use which increase trabecular outflow.

Latanoprostene bunod (LBN, brand name Vyzulta) is a clever idea for a medication because once it is inside the eye, it is split by human enzymes into the familiar latanoprost and a new medication, nitric oxide (NO). It is thus described as a NO-donating prostaglandin analogue.

Nitric oxide is active physiologically in the eye, acting on blood vessels and other smooth muscle to cause vasodilation and relaxation. NO has a role in IOP homeostasis by causing the relaxation of trabecular meshwork cells, increasing trabecular outflow and dilating aqueous collector channels. NO is unstable and rapidly metabolised, so the design of LBN releases NO in the anterior chamber where it can act before it is destroyed.

Six trials, with names inspired by space exploration, have led to the US Food and Drug Administration (FDA) approving LBN. A phase I trial, Kronos, in healthy volunteers first suggested 50% experienced conjunctival hyperaemia. In Voyager, a dose-ranging study in patients with raised IOP, an LBN concentration of 240μg/ml was found to have peak efficacy over other doses, and 1.2mmHg more effective than latanoprost 50μg/ml³. In Constellation, it appeared that LBN was more effective than timolol in reducing nocturnal supine IOP, with similar efficacy in daytime measures. In the phase III Apollo and Lunar studies, LBN daily was compared to timolol 0.5% twice daily. In both studies, baseline IOP was around 26.5mmHg and reduced to around 18.1mmHg in the LBN groups and 19.3 in the timolol groups. The pooled data (n = 840) showed a greater reduction in IOP with LBN and a greater likelihood of pressure under 18mmHg, or a 25% reduction as compared with twice daily timolol⁴.

The major comparison of interest to New Zealand ophthalmologists is between LBN and the more familiar, cheap and established latanoprost. The only published comparison I could find was in the Voyager study, where LBN 240μg/ml reduced IOP by -9.0mmHg as compared to latanoprost 50μg/ml with a reduction of –7.8mmHg³, but this study might not have been appropriately designed to test this comparison. There remains debate whether side effects are equivalent and these trials suggest a greater rate of pain (10%) and redness (3-50%) than I am used to with latanoprost 50μg/ml. Redness could be expected to be worse with LBN because NO is a vasodilator. 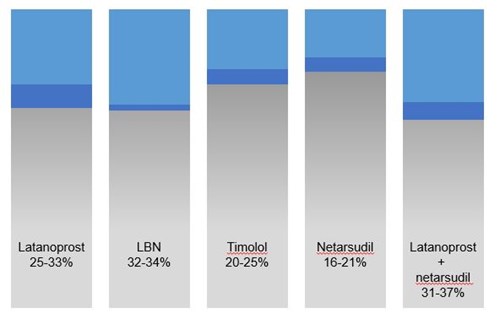 Fig 1. Data are adapted from these trials, summarised in reference 9.

Rho kinase or, more technically, Rho-associated coiled-coil-containing protein kinase (ROCK) is an enzyme that regulates cellular pathways, particularly cytoskeleton and smooth muscle contraction, cell mobility and extracellular matrix organisation. Upregulation of ROCK pathways has been shown in multiple eye diseases and thus inhibition of ROCK has numerous therapeutic possibilities in the eye. One ROCK inhibitor, netarsudil 200μg/ml is available in a daily dosing schedule and has received FDA approval for use (brand name Rhopressa).

In the trabecular meshwork, netarsudil causes cytoskeletal changes, reducing stress actin fibres and cell adhesions, and blocking the fibrotic effect of transforming growth factor beta 2. Both actions on meshwork cells contribute to increased trabecular outflow. These anti-fibrotic effects have also been explored in the context of glaucoma surgery.

The first clinical trial of netarsudil in patients with raised IOP showed slight inferiority to latanoprost (baseline around 25.6mmHg, netarsudil reduction -5.7mmHg, latanoprost -6.8 mmHg). Three Rocket trials with similar methods all showed that netarsudil 200μg/ml had similar efficacy to timolol 0.5% twice-daily: both medications reducing baseline pressures from around 21.5mmHg to around 17.0mmHg in each trial (reductions of 15-22% with netarsudil 17-22% with timolol)⁵. So, we could summarise that it works as well as timolol.

Conjunctival hyperaemia (red eyes), conjunctival bruising and corneal verticillata are common side effects, and were much more common with netardusil than timolol. In drug trials, these are carefully documented. It is debated whether clinically significant adverse events are similar with netardusil and prostaglandin analogues. Systemic effects are thought to be negligible – netarsudil is essentially undetectable in plasma – and there were no concerns of embryotoxicity in animal studies.

Other methods of glaucoma drug delivery are particularly appealing for patients who have difficulty administering drops or experience preservative-related side effects. In New Zealand, our selection of drops is limited by Pharmac, but we are familiar with combination drops containing brimonidine and timolol (Combigan) and dorzolamide and timolol (Cosopt, now generic). A more diverse range of drops are well established overseas, such as unpreserved timolol and prostaglandin drops and combinations of prostaglandins with timolol (Xalacom, DuoTrav, Ganfort), brinzolamide with timolol (Azarga) and brimonidine with brinzolamide (Simbrinza). Some of these are available here without Pharmac subsidy.

Alternatives to drops are also being explored, such as a flexible ring with slow release bimatoprost that fits into the conjunctival fornices and can be replaced every few months⁷, or punctal plugs with a slow release latanoprost pellet. These improve compliance issues but would have similar ocular surface and periorbital side effects to prostaglandin drops. Another new development, however, is bimatoprost SR, an intracameral pellet of slow release bimatoprost which is injected into the anterior chamber every four to six months, or longer. This would be a good option for those with preservative allergy, failed SLT, or very poor compliance (eg. for dementia patients), and should avoid most ocular surface side effects⁸. Studies comparing bimatoprost SR implants to timolol or SLT are ongoing globally, including in New Zealand.

There continues to be developments in glaucoma medications, but currently each new option has its own limitations and is unlikely to replace latanoprost and SLT for most patients. Drops that increase trabecular outflow have advantages over other medications because reducing IOP fluctuations helps protect against glaucoma progression. In the short term, while the monthly cost of netardusil or LBN is around 100x the cost of generic latanoprost, it is unlikely these new drops will meet the cost efficacy standards of Pharmac.

Alternative drug delivery methods offer important qualitative differences for patients who cannot use drops or suffer terrible side-effects from preservatives. Access to unpreserved versions of old medications may be more beneficial than these new medications at this point.

Dr Jesse Gale is a consultant ophthalmologist at Capital & Coast District Health Board and Capital Eye Specialists and a senior clinical lecturer at University of Otago Wellington. He has subspecialty interests in glaucoma and neuro-ophthalmology. Current projects include open-source devices, electrophysiology and a national data network