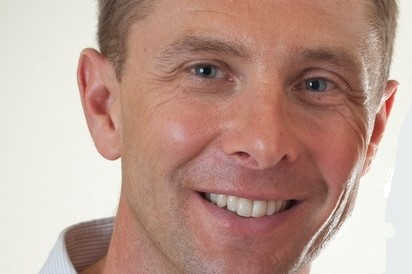 Concerns have been raised over patient choice and access to up-to-the-minute procedures as Southern Cross Health Society (SCHS) has chosen not to approve the latest high-tech minimally invasive glaucoma surgery (MIGS) devices for glaucoma sufferers.

SCHS’s decision to deny policyholders access to MIGS devices, including the increasingly popular trabecular micro-bypass stents, used in the public health system and funded by other private health insurers, has left Kiwi ophthalmologists frustrated and prompted glaucoma groups to speak out.

Dr Stephen Child, chief medical officer, Southern Cross Health Society (SCHS) said, “Following extensive evidence-based and independent reviews, SCHS has decided not to approve the addition of MIGS as a funded procedure under our health insurance plans at this time.

“Given our status as a not-for-profit Friendly Society existing solely for the benefit of members, Southern Cross carefully considers the health outcomes and cost efficiencies offered by new technologies or treatments before introducing cover for them into our plans. While we recognise there is some proven value in MIGS, we have prioritised new funding for technologies we believe offer better value for our members at this time.”

In a statement, SCHS said its decision was based on its own assessment and an external review by Best Doctors, an international insurance company-affiliated organisation described by its New Zealand manager, Mike Morris, as “a global provider of virtual care solutions”.

“We leverage our network of clinicians to assist partners in forming views on particular medical procedures and have carried out a number of reviews on behalf of Southern Cross. We were able to provide completely independent views from leading global experts to supplement other perspectives they sought,” said Morris.

The review was not released, and Morris did not respond to further questions regarding which ophthalmologists contributed to SCHC’s MIGS review or how it was funded.

In a letter to NZ Optics, ANZGS chair Associate Professor Anne Brooks, secretary Dr Ridia Lim and new devices sub-committee chair Associate Professor Paul Healey said neither RANZCO nor ANZGS, “the peak bodies representing New Zealand ophthalmologists and glaucoma specialists”, were consulted in SCHS’s review. “Transtrabecular micro-bypass stents are an effective and safe option for glaucoma management in some people with glaucoma. [The MSAC decision was] based on a rigorous review of the available data on efficacy, safety and cost-effectiveness.”

Thus, SCHS’s decision was surprising, they wrote. “Given the overwhelming evidence for transtrabecular microbypass stents in treating glaucoma, we must suspect that there are other reasons outside of efficacy and safety that influenced (SCHS’s) decision-making. We expect that all Southern Cross members and their treating ophthalmologists will be extremely disturbed by this decision. Southern Cross members are getting less choice for their glaucoma care than patients in public hospitals.”

Rob Hennin, CEO of NIB, said, “We exist to provide our members with access to world-class healthcare and continually review our products to ensure they are providing coverage for the latest proven technology and procedures... Kiwis should have the choice to access technology that has proven benefits and their specialists recommend as a good course of treatment.”

Representing New Zealand ophthalmologists to government and in funding matters, Ophthalmology New Zealand (ONZ) also spoke out against SCHS’s latest decision. “ONZ is disappointed that SCHS has decided its members should not benefit from the proven success of MIGS in the treatment of IOP (intraocular pressure) reduction for glaucoma management.

“The literature remains unchallenged with regards to the safety and efficacy of such devices… MIGS is a complex group of differing surgical interventions that should not be grouped together. Extending its decision to include almost all MIGS demonstrates SCHS’s confusion despite ONZ’s active engagement with them over several years to foster understanding.”

ONZ summed up SCHS’s decision as a “conundrum” that flies in the face of competing private health insurers. “As an advocate for the New Zealand public, ONZ remains committed to lobbying for transparency, fairness and an open mind to ways in which these new innovations can be introduced for the benefit of New Zealand patients.”

Patient support charity Glaucoma New Zealand also urged SCHS to rethink its decision. “The new generation of trabecular bypass devices has proven to be an important part of glaucoma care in many countries around the world... While they are not appropriate for some patients with glaucoma, they are a good option for others.

“Glaucoma NZ would like to encourage all providers and funders to make these devices available for glaucoma surgeons in New Zealand.”